The Home Affordable Modification Program, or HAMP, is expiring at the end of 2016. The end of this program makes it even more urgent that you get in touch with an experienced Orlando foreclosure defense attorney if you are receiving threatening letters from your bank or have received a notice of foreclosure, since it reduces the options available to you. HAMP was established in 2009 as a response to the subprime mortgage crisis, and it is ending because many of the foreclosure actions which had their origins in the subprime mortgage crisis have now been dealt with.

What HAMP did for foreclosure cases

HAMP was meant to be a short-term measure to deal with the subprime mortgage crisis, but it was extended to the end of 2016 because of the number of foreclosure cases that were a direct result of predatory lending practices which caused the crisis. These practices were subsequently regulated by the government, and HAMP was a component of these regulations. It allowed borrowers to pay back mortgages within their means at an amount that was sustainable over the long term.

It was part of the Making Home Affordable program (MHA) which is still in place. MHA offers resources to homebuyers to help them recognize potential pitfalls with mortgages, and to help homeowners find out which institutions hold their mortgages, since this on its own can be difficult for the average person to figure out.

Where a loan modification may have gone through HAMP in the past and be governed by its rules, which were generally quite fair to homeowners, all loan modifications being negotiated from January 1st, 2017 forward will have to be done directly with the bank. These loan modifications will not necessarily have terms that will be good for homeowners, and having an attorney such as Jose G. Oliveira negotiating them on your behalf could save you tens of thousands of dollars.

Loan modification is just one of the options available to you

If you are concerned that you won’t be able to get a favourable loan modification with HAMP being terminated, don’t lose hope. Jose Oliveira will go through several different options with you, including conducting a short sale, a deed in lieu of foreclosure, and in limited cases, bankruptcy. During our free consultation, we’ll be able to quickly advise you of the right course of action, what the fees are, and what actions you need to take immediately to defend your rights.

How an experienced foreclosure defense attorney can help

An experienced Orlando foreclosure defense attorney can generally provide you a more favorable outcome than you would have been able to achieve on your own. We save our clients from potential financial losses, possible future legal actions, and a great amount of stress in dealing with the legal system. In many cases, it is cheaper to hire a foreclosure lawyer than to not hire one.

Contact Jose G. Oliveira today to get started with your foreclosure defense. 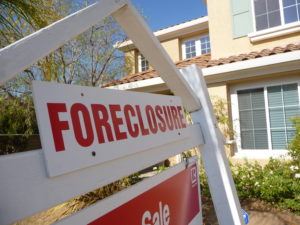 Has your bank or mortgage holder threatened to foreclose on your home by mail or phone? You have options that our firm can present to help you navigate the complicated legal system. Foreclosure doesn’t start until you receive a Summons You can expect to get letters and phone calls from the bank if you are … Continued 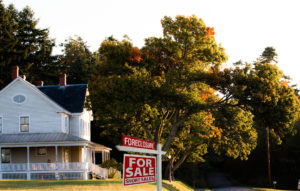 How to Solve Your Orlando Foreclosure With a Short Sale

If you are able and willing to move, you can solve a foreclosure with a short sale. Your bank is not in the business of real estate, and so in the end does not really want to end up with a property on its hands. A short sale is essentially you and your attorney doing … Continued

A loan modification allows you to change the terms of your mortgage either temporarily or permanently in order to make payments more affordable. With the Home Affordable Modification Program (HAMP) being retired at the end of 2016, working with a Florida foreclosure defense attorney is almost a must to get the best terms for a … Continued